It’s ten years since Moneymaker’s run, and, on a somewhat darker note, coming up on five years since my mother’s death. I’ve written pretty much nothing for those five years. Sheila Barbara Strongin Berger was my primary and most important reader and my biggest, most dedicated/persistent/annoying/infuriating supporter/reader/editor/critic. In Fall 2008, when she got the final diagnosis (six weeks to six months – she was gone in four weeks), I left school and went back to Albany to be with her, first at home, then in the hospice wing at St. Peter’s Memorial Hospital (where all the Jews go!). I’m not sure exactly what prompted it, but I started playing a lot of poker online – in her apartment, in cafes, in the hospice lounge – with just about all of my free time, and I had a lot of free time. Here’s something I wrote from my mother’s last days, from those first days of my online poker journey:

I sit in the day room, three AM, lights out, visitors gone except for the one family on death watch all packed into a room down the hall. I’ve had a bourbon at the old-man bar, plus half a Xanax from her medicine cabinet, but I can’t go back to the apartment. So I sit in the day-room recliner and play poker on the screen with other people awake,people in Jersey and Vegas and Sweden. Notoriously, bizarrely aggressive, the Nordic players. I bet and I raise and I fold and I . . . go look in on her. I turn out the bedside lamp. Bedside, lovely word. Sheila Berger,is she still in there? Her body keeps on dying. Her lungs pump air, in and out,in and out.

After she died, thanks to Mom’s sensible, long-scrimped savings – aka my inheritance – I continued to play online, and to study the game more and more seriously, more seriously than I’ve ever studied anything in academia, without a doubt. Through 2010 and into 2011, I read dozens of books, watched training videos, and put in 20-30 hours a week, sometimes more, playing online tournament poker. It was at an online poker table that I met Player X. He and I were playing in a lot of the same tournaments and got to chatting in the table chatbox from time to time. Chatting led to an email correspondence about a project he was working on, and I ended up doing some writing and editing for a press release and a website of his, and he ended up coaching me in poker. After losing a great deal of money, I stopped playing online a few months before the government shut down internet poker in 2011.

X and I have remained friendly, and I touch base with him from time to time; I’ll congratulate him on a big tourney win or let him know when I actually do well in one myself. (I play at Foxwoods a couple of times a year, and, s-l-o-w-l-y but surely, I’ve begun to win back some of Sheila’s hard-earned, meticulously scrimped loot.)

I have always been, and unabashedly love being, a fan. Bands, sports heroes, great artists, writers, actors, food – the lists go on, and so does my fandom for those on the lists. Why do I love being a fan, a cheerer-on? It has to do with ego (it’s much easier and more pleasant for me to support others than myself) and inherent enthusiasm. 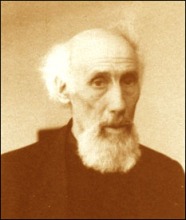 This is Rober Lax. How could you NOT be a fan?

Over the last decade, though, I’ve taken my fandom to a new, irrational extreme. I’ve become a fan of poker players, people who don’t do or make anything of quantifiable value. They flatter and envy the rich and famous, they steal from whomever they can, they backbite and whine. They have no particular grace, their skills are vague, hard to quant- or qualify, “White Magic,” as “the Poker Brat” Phil Hellmuth would put it. Often (very often) they are not people of particularly high moral character, nor are they particularly charismatic. Among these heroes are names like Ivey and Brunson and Seidel and Duke and and Harrington and Selbst and even a guy named Raymer; among nemeses, you’ll find Negreanu, Areih, Sheikhan, Lindgren and, of course, Hellmuth except… well, I may be softening on that a little, based on the extremity of young guns’ hatred of Phil and denial of his undeniable gifts. But that too will wait for its own post.

Point is, my perspective is a fan’s perspective. My plan is to study poker as a fan, and fandom as a poker fan and sometime player.